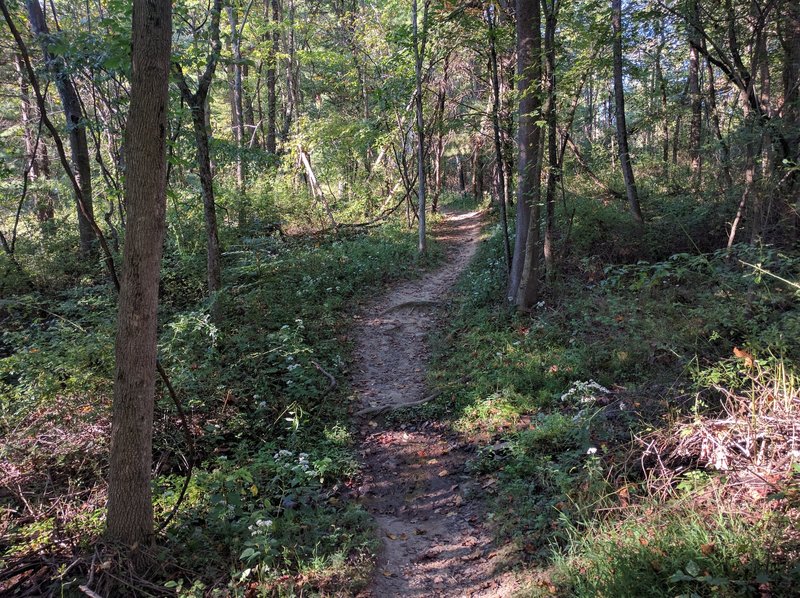 Over a dozen miles of fine Southeast Ohio singletrack, intermingled with horse trails and hiking paths. Starts with an easy flat loop and progressing uphill through a rocky climb. Continues in an up and down profile out and back, with lakeside sections, bridges and plenty of opportunity for fast, flowy fun. Several rock gardens of various sizes are scattered around the trail, primarily in the western part of the system. A pair of expert sections also branch off from the western part of the system. Plenty of roots to enjoy, as these are mature trails who have seen their share of riders over the years but still hold up very well. Coming soon AOA will be working on a multi-phase project to build a skills park to the trail system. 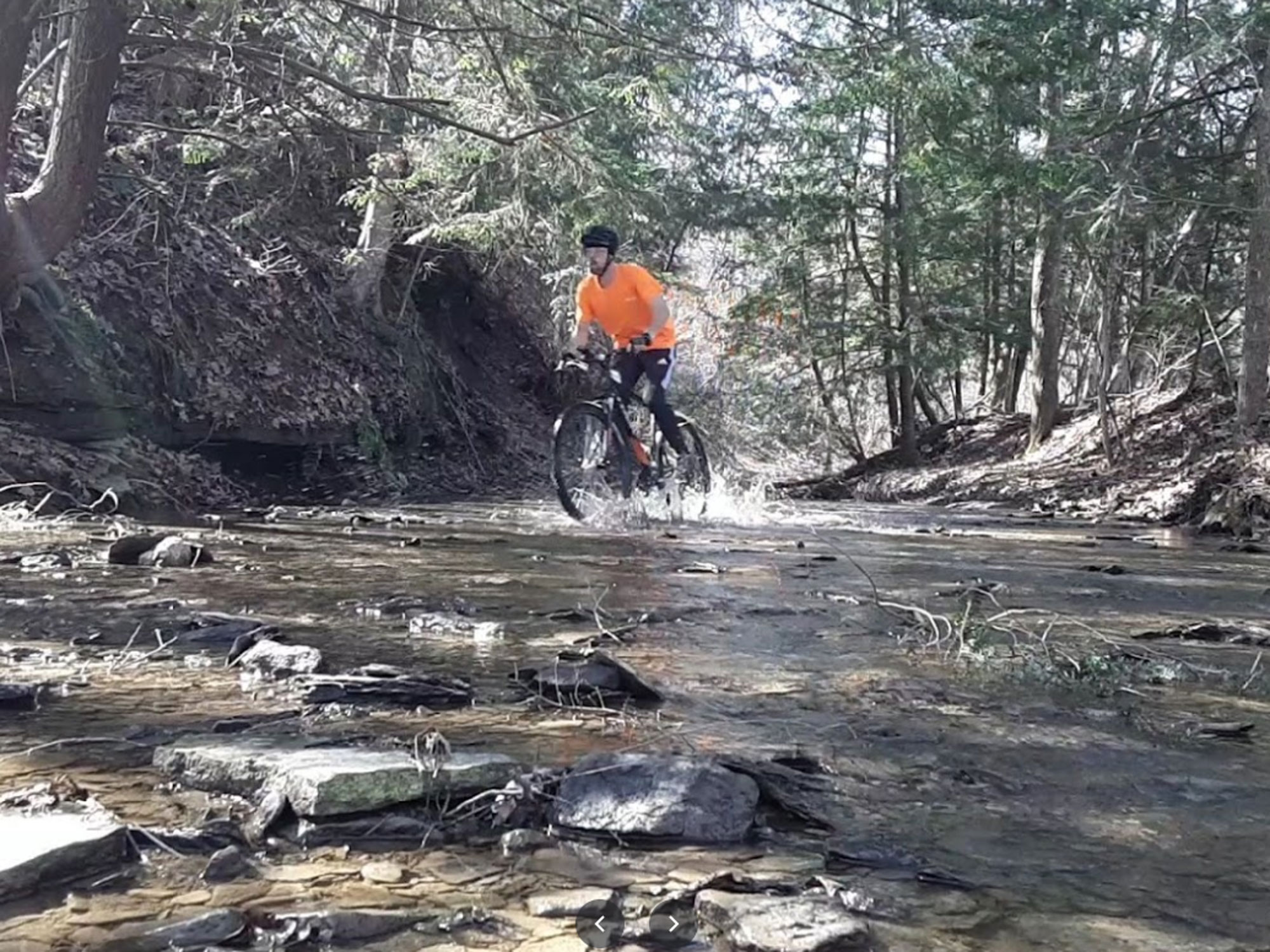 Local electrical equipment manufacturer McGraw Edison donated their company picnic grounds, built in the 50’s, to the city of Zanesville in 1985. The 100-acre property has gone largely undeveloped ever since. A local bike club member discovered this piece of public property in 1999 and began laying out a loop trail that has 5 miles of wooded and open single track. Making use of the three existing concrete fords the trails winds through the Little Salt Creek valley and then features climbs on the steep wooded hillsides to the south. Use caution crossing the fords during high water! Although some recent logging has hurt the aesthetics the trail is still worth a ride due to its easy access and fast single track. The climb out of the valley, which utilizes a township road, is rewarded with two miles of flat and downhill running to get back to the valley floor. Since then the trail system has continued to develop and now has over 12 miles of trails built into the system. The club is currently working on digitizing the trail system and will have it loaded to MTB Project and Trailforks soon. The property was purchased from the city of Zanesville in 2003 by the Muskingum Valley Parks District. Parts of this park look like a scene from a Stephen King novel. The hand pump water well, outdoor movie screen, and shooting range are still recognizable in spite of natures attempt to over grow and consume them. 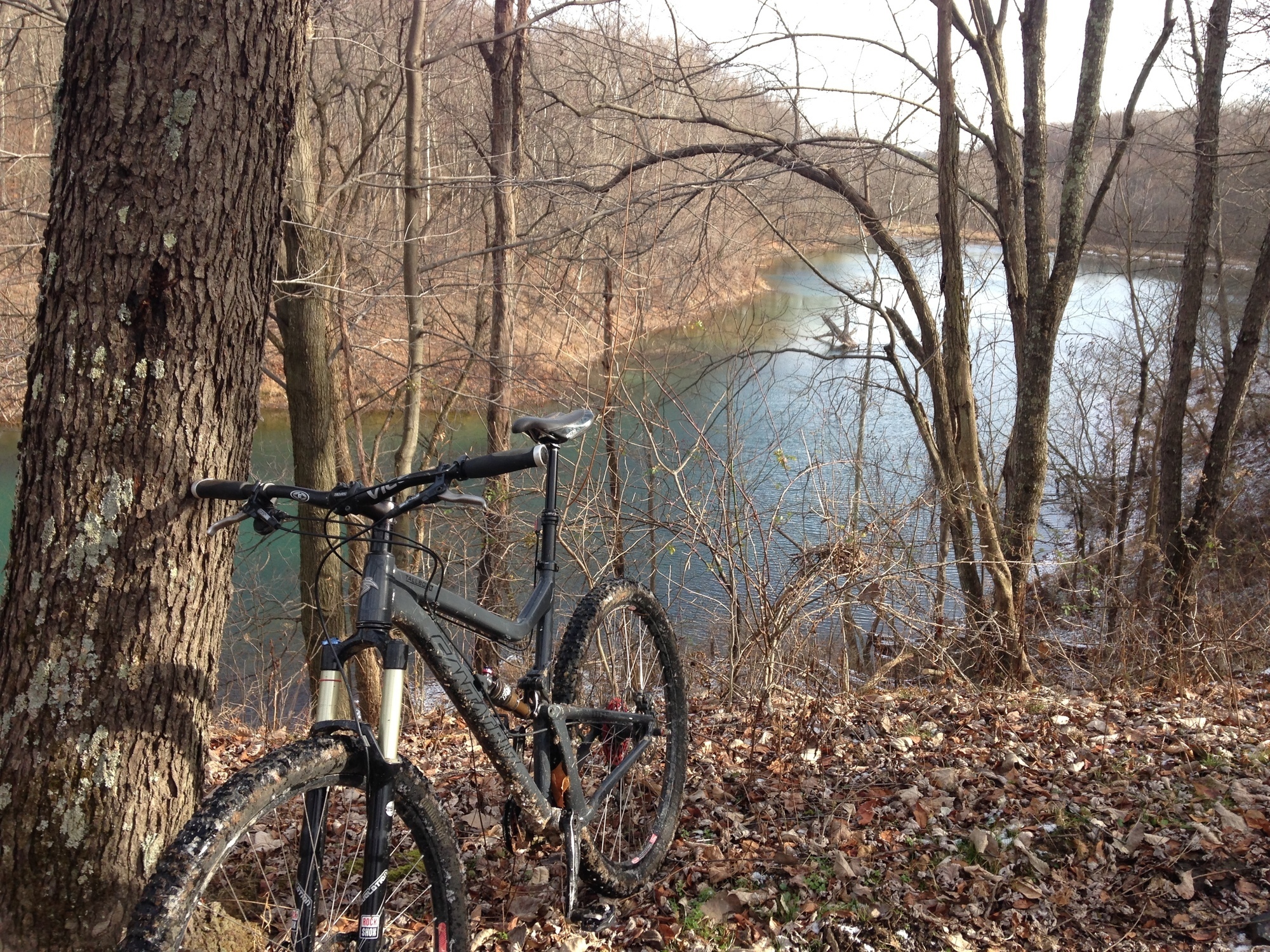 AOA’s trail system at the Wilds consists of around 15 miles of great Ohio Singletrack to satisfy just about any rider. Trails are marked with trail signs and white numbered poles that correlate with numbered circles on the map, to help keep you headed in the right direction. These trails were the home of the Mayhem MTB festival and race. Be sure to print out a map or download MTB Project ahead of time due to limited cell service in the area.

When in doubt
Pedal It Out!

You do not have to have a PayPal account to donate. Any credit card is accepted.